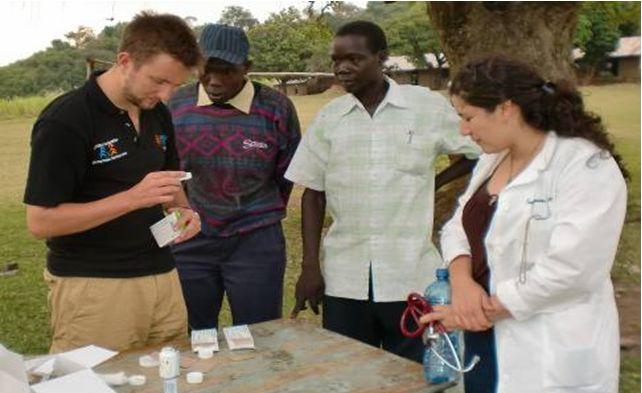 OGRA Foundation is a tax-exempt, Kenyan Non-governmental Organization founded in 2000 as a youth development group. In 2005, it was elevated to a full-fledged NGO to enable it expand its reach within Nyanza Province. OGRA Foundation continues to grow from strength to strength, touching lives, making a difference on a day-to-day basis in the smallest way possible. In an era of extreme poverty, health is compromised and gains made could be lost.

We have made great strides in our core business by making medicare available and affordable to the underserved populations in our community.

OGRA Foundation was initiated, after participatory needs assessment to explore the situation and needs of people living and affected by HIV and AIDS in Miwani and Nyando divisions of Nyando District in the late 1990s. As a small Youth Self Help Group, OGRA started by offering support to 24 orphans aged between 2 - 9 years with the aim of providing food, school fees, uniforms and shelter ( identifying and linking orphans to foster parents). OGRA Foundation opened an office in Ombeyi in 1998 to facilitate effective and efficient coordination of the programme activities. The numbers of orphans grew from 24 to 700 by the end of 2001. It emerged that most of the orphans and their foster parents were infected with the HIV. OGRA Foundation took up the challenge to offer medication by hiring a clinical officer specialized in home based care. This initiative presented a much bigger challenge to OGRA which had no reliable resources to handle the growing demand. In 1998, OGRA Foundation started working in collaboration with local and international partners in areas of HIV and AIDS, Education, Poverty eradication and economic empowerment.

OGRA Foundation was registered as an NGO with full charitable status under NGO's Coordination Board in 2005 to enable it access more funding both locally and internationally..

“OGRA foundation mission is to promote and improve health and emergency response in pursuing economic and cultural development in the fight against poverty and social exclusion in the communities.”

“To be a leading health and emergency response provider.”

How you can help?

You can Lend a helping hand by making a Donation or through doing volunteer work.

With your help, the scholarship program is able to send more kids to school.

Support and Donations from our donors help provide and greatly improve access to health services in this communities.